On 22 December 1937, the Ministry of Popular Culture decreed the establishment of the Pro-Loco of Castelnuovo di Garfagnana: so began the life of one of the oldest tourist voluntary associations in Italy. 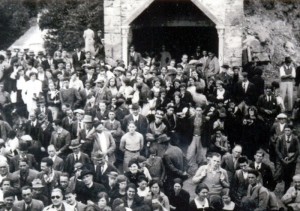 The 1st advice was well recognized: Joseph Bertucci, mayor of the municipality, president; Delfino Magera, secretary of the beam, vice-president; advisers: Roberto Bertolini, Loris Biagioni, Baptist Guasparini, Renato Pesetti, Sebastiano Lorenzetti. Since then a great cultural commitment, tourism and promotional characterized the work of the association play a decisive role in the Serchio Valley, arriving to express the popular image more real and authentic Volunteering, representing the most valuable time of the participatory base management of a function as the tourist, which is the most typical expression of the attachment of the people to the area. And there are many who over the decades have efforts and helped elevate the association because it became an important reference point in the valley. 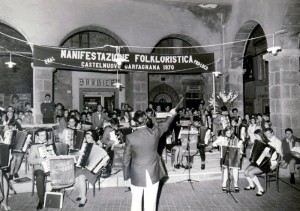 Sixty years of activity, we can say uninterrupted, because the association continued to live during the war. In 1943 were councilors: Vincenzo Pelliccioni Marazzini, President; Luigi Suffredini, v. President; Mario Bianchini, Nello Pesetti, Iacopo Nannini. Certainly years were uncertain, difficult, that undermined the will of the members to operate; the serious damage that Castelnuovo had to suffer from the war brought the attention far more significant works; the reconstruction was slow and difficult to heal serious moral and physical wounds. Except that in 1948 and in the subsequent months of the year, the Provincial Tourist Board, chaired by Julius Mandoli, gave new impetus in its program to “work to revitalize or establish new pro-loco associations in those locations – says the program – Valle del Serchio and Garfagnana, which already represent something concrete from the tourist point of view and for their location, climate, natural beauty are likely to overvaluation. These pro-loco associations are useful and can play a valuable activity that work especially for stimulating exercising on municipalities, which, in most cases, are distracted by other tasks or composed of people not sufficiently interested and competent “.

The town of Castelnuovo, on the mayor. Loris Biagioni, offers, early in the year, immediate collaboration to increase the activity of pro-loco in Castelnuovo, reiterating in May following the decision to form a carrying out outreach entire Garfagnana; placing the appropriate elements and loyal to the country with which they can be exchanges of ideas, in the certainty of being able to make more effective the Provincial Authority’s activities for Tourism. 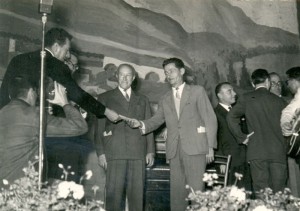 The Mayor and many citizens then recognize the need to regularly fix the position of the pro-site of Castelnuovo so that it can carry out profitable activity in the other areas. And so November 22, 1952 gather at the Town Hall about thirty citizens animated by the will to regularize the situation and even come to the appointment of a temporary committee of Alessio Nardini, Renato Pesetti, Pietro Paolo Mariani, Luigi Suffredini, Carlo Cervioni , Quirino Tessieri member and mayor of law. In the year after the public deed is signed by accepting the status (processed dall’E.P.T). On November 12 the meeting of shareholders led to the appointment of the new board that E.P.T. reconfirming the official recognition of groups ratification for the period 1953/56: Luigi Suffredini, President; Carlo Cervioni, vice president; Enzo Parra, Bimbi Alcibiades, Renato Pesetti, Roberto Bertolini, advisers; in addition to the mayor of the town, Loris Biagioni, member by right. Secretary Renzo Pellegrini.

Since 1966, the per-site is registered with the national team.

In 1990 the headquarters was moved from the fortress Ariostesca under the Loggia Gate. In November of that year Luigi Suffredini, after almost fifty years of service left the presidency passing the baton to Pier Luigi Raggi. 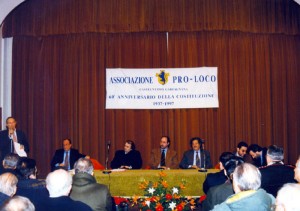 In 1997 the Association celebrated its 60th anniversary with an official ceremony in which they were reminded of the employees and those who have given activities and supported the pro-loco. For the occasion was made a commemorative medal by the sculptor Vittorio Sodo and a series of limited edition prints as well as a special issue edited the magazine “Corriere di Garfagnana”.

In 1999 the seat has been placed into new larger premises, made by the association, in via Cavalieri di Vittorio Veneto, in the Town Hall.

Pier Luigi Raggi has covered the position of president with professionalism and great commitment until January 2014, since then the leadership has passed Silvio Fioravanti.